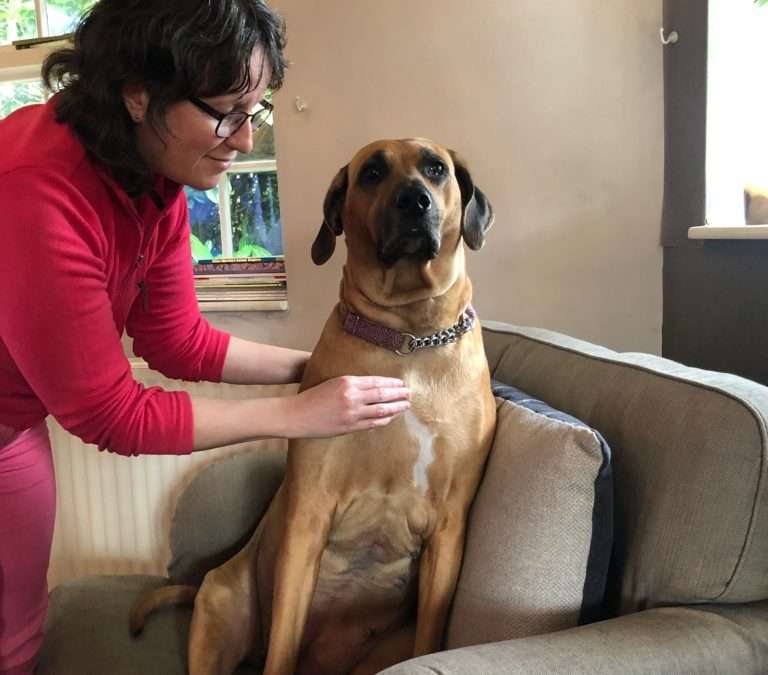 I got to work with this beautiful doggie, Bella the Ridgie, a little while back. Her owner said she was experiencing a great deal of stress, constantly barking at everything that dared to come anywhere near the house. This could be people, dustmen/cart, dog walkers, you name it – she would bark, setting off her canine daughter Phoebe at the same time. She was on high alert constantly and had been experiencing seizures previously which the vets were aware of and advising on.

Her owner, Sam, could tell Bella was exhausted, stressed, and very down. We both felt this somewhat related to the loss of her canine companion Edward several months prior and I could feel her grief. She was missing him amongst other things. She felt safe when Edward was there, and now he was gone 🙁

When I arrived, I was greeted by her owner Sam, hunched over in excruciating lower back pain, so I set to helping her first. I told her if this related to emotions, then I could most likely help her release it. If however it was structural, that’s not my bag, and she would need to see an osteopath or chiropractor. For the next 5-10mins, we worked together looking into the pain and then I got Sam to use an energy technique to roll it out.  We followed this up with some tapping, and her pain very much began to ease off and clear. She was very relieved. Lower pack pain, metaphysically, can also indicate a lack of support in our lives, so I also asked her to reflect on whether that resonated with her in her own life.

Now onto helping Bella. I worked with her using Canine Flow techniques, to help her release stress, tension, the sadness, fear and trauma from her cells, and we worked with Aroma Flow too, with her selecting the oils she needed to help her emotionally release. She allowed herself to let go of some of that sadness and have some closure relating to Edward’s passing during this session. And you could feel it happening. We explained to her owner also the influence that owners can have on their dogs too. Dogs are there as messengers for us too, you know! What exists in them, exists in us.

And it was a beautiful result. Her owner reported to me that the dustmen came the same day I went over – and she didn’t bark at all at them. You could tell she was very physically as well as emotionally relaxed and it was a lovely sight to see <3 . Sam, her owner, had her own insights to process, and I am very pleased I was able to help both of them.

When I saw Bella some weeks later, she was so happy to see me, rubbing herself around me and wanting to be near me. She was not barking at everything any more, and she even protected me from a dog with neurological problems who tried to get at me, by lunging straight in front of me and the dog, stopping that interaction happening.

You cannot quite put into words how gorgeous it feels to see a dog change emotionally and physically within themselves, knowing that they now feel safer, and more relaxed, having let go of some emotion. Paw power!

And just look at her expression in this photo. Such a cutie!

I liked this photo so much that she is the photo on my Canine Flow banner, with the permission of her owner Sam. 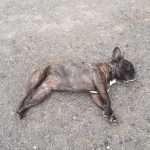 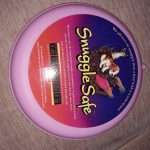 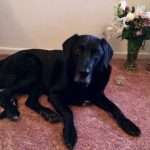 The Tail of Dylan: Everything a Dog Does is To Feel Safe