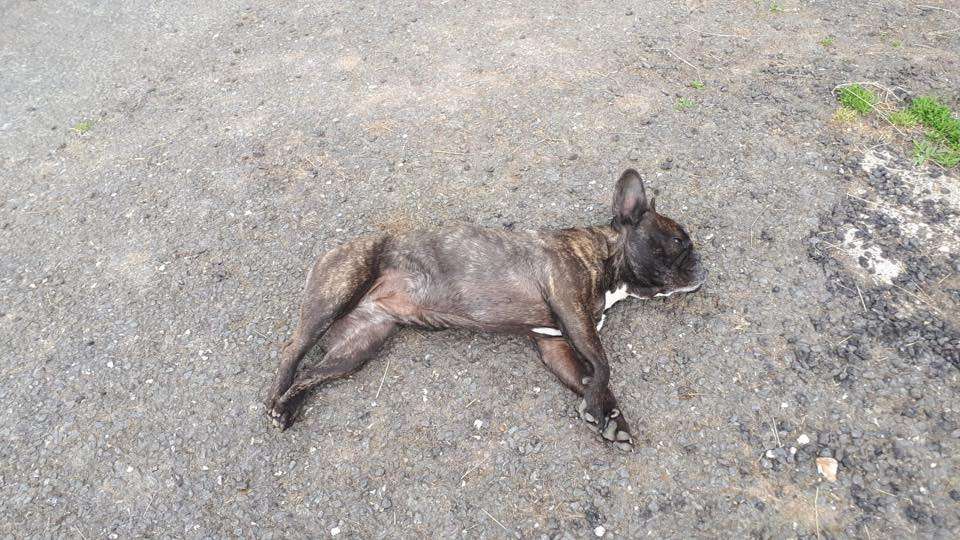 I got to work with this lovely lady Beau yesterday, and her owner Michelle.

It was Beau’s 2nd session of Canine Flow, and she was still a little bit resistant to letting go as you can see from the pics. But this is about us releasing our expectations of what we want them to do, and letting them choose what is right for them in that moment. 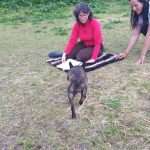 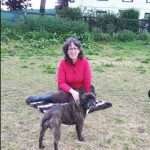 Beau did lay down, and actually several times starting chewing wood from the field, as we worked with the Spiral technique. According to her owner, this was in a much more vigorous way than she usually would, and chewing is a way of them releasing emotion. So she chose to do it that way in the safety of this field and with those that were there. We were patient to allow her to do what was right for her.

She did also settle down at points next to me and allowed me to work on her whilst we were also doing the hypnotherapy, and both Michelle and I could see she was struggling to stay awake, but was fighting it. Her eyes were looking tired and heavy. There were sighs (release) and given her breed and the breathing issues they experience, her breathing was also easier for her (as reported by her owner), as she wasn’t making that snuffly noise they do.

For her, it was after the hypnosis that she really let go….and it often happens, so she is not alone. Just after hypnosis, she was completely on her back, spark out – and the pic you see of her laying on her side, she proceeded to do several times in the hour after, making everyone there laugh as to how chilled she was.

She wasn’t so alert to sounds after and it was really beautiful to see this change. Beau also showed me where she needed help too, presenting her chest to me for some work. Their chest is where their heart centre is based, and she needed to release emotion from that area.

Michelle and the lady taking photos also felt a state of relaxation feeling like they were nearly going to go to sleep too! So well done to Beau and her owner Michelle, and a big thank you for the testimonial below.

“Beau had another dog relax session today with Victoria Smith-Gillard at The Little Horse Yard. For me I felt my connection with Beau as the energy we share together was released. We both were very relaxed through the stages of our session and the feeling of expectations were set aside. Victoria noticed Beau had lots of energy needing to be released from her chest area.  Again I sensed this for myself. Our animals really do hold onto our emotional baggage too.  If you have experienced trauma or hold onto tensions your dogs will absolutely feel your pain.” 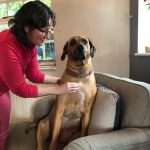 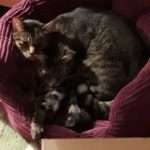 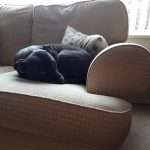 Case Study: Effie the Staffie experiencing a Canine Flow session to calm her