Being An Empath: Am I Crazy? 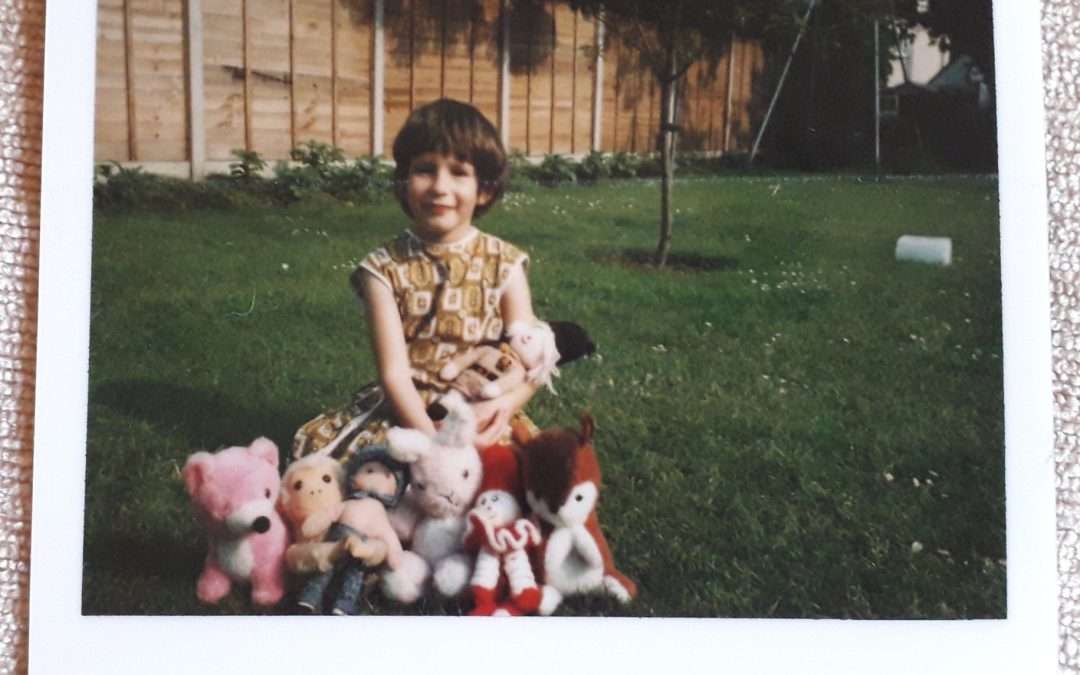 So, after picking up my new glasses this week, as per normal, I often know if there is something not quite right, even if I don’t know exactly what.

Unfortunately, I then tend to get massive anxiety around having to go back to rectify it due to the traumas I have had with opticians over the last 4 years: them not believing what I have said; calling me a liar and saying it was me; threatening me…

…when actually more than once I have been proved that it wasn’t me by a different optician and there had been something wrong with my glasses.

I have also had the belief ‘I can’t trust anyone’ which I know actually means we feel we ‘can’t trust ourselves’, so today I decided to do some work on this.

Working with the part of me that ‘knew I knew stuff but didn’t always know how’.

This turned out to be my inner child, who felt there was something wrong with her (global mother wound) and that she was bad as no-one else had that, and she felt no-one was listening to her, no-one believed in her and she didn’t understand why, no-one got her, she believed she was all alone and she had a lot of self-hatred (anger, deep shame and grief too) in there.

She also had the belief ‘i am crazy’ and certainly I have known for a while that often when I quote about the work that I do with pets, and with people, I often hear myself say ‘I know it seems crazy but…’ ‘it’s a bit crazy, but it works’ and so on, so I had already had an inkling it was there.

The interesting thing was that when I went and explored the belief, stuck in my solar plexus, I could see it as a hessian sack full of rocks, tied at the top, and suddenly I knew, I could feel, it related back to a past life (possibly more than one, who knows!).

The energy felt old, dark. Somewhere where I had shared my gifts, and it went down like a lead balloon – in fact it I had been killed for it, most likely drowned from the image I saw and the connection I felt to that sack.

So to my inner child, it wasn’t safe to say anything like this, because she also wanted to fit in, to belong, and saying ‘crazy’ things like “I don’t know how I know, I just do’ to many things wasn’t quite cutting it!

She was terrified someone would find out she was ‘crazy’.

The beliefs I am a pest, nuisance, burden came up too around this as well as the ‘too sensitive’ one that has lurked for ages, being called it by my Dad especially.

She had so much grief that she had not been trusted, and that who she was and what she felt had been quashed/repressed to just try and fit in.

She wanted acceptance and someone to trust her, to believe in her.

So, we brought in the part of me that trusts in Spirit and in angels, and she originally had been outside, quite happily tuning into them above with the outside world, so much so, she didn’t really know the inner child was there.

When I asked the spiritual part to come indoors, she did say she was more aware of my Inner Child part, but given its energy (something wrong with me, I’m bad, crazy, alone, self-hate, etc.) she had kinda left it alone, because that part had already influenced the spiritual part to not really be out there more, and be more open to who I am and what I believe in.

But the spiritual part broke down in tears because she didn’t realise the inner child has been trying to protect her/keep her safe, the whole of me, from being killed, because if she spoke out about spiritual/psychic things, people may think she was crazy, and her belief was she would be killed (the trigger from past life). Massive a-ha moment and a heart opening even more so.

And she had so much compassion and love for her and just felt so upset that someone had done that, because of her having that gift of connection, being highly tuned in to things, environments, oneness, and the psychic ability all of which so many of us have.

She (spiritual) wanted to go over and be with her (Inner Child). She realised that she had believed in things she could not see outside of herself e.g. angels, Spirit, and had had faith in their communications, but… the one person she had not believed in or acknowledged was that part of me, the empath, the psychic, who knew but didn’t always know how she knew.

And she gave her so many hugs, and held her hand, and told her how she has been right in so many instances and that now the spiritual part will work with her more, will listen to her, will trust her.

My spiritual inner child/empath for the first time felt heard, not alone, as the protective part also came and joined her and she now felt that even though there may still be people that cannot ‘get’ her, accept that side of her, that there is absolutely nothing wrong with her.

I could feel that there was still a little bit remaining of the ‘I am alone’ belief, situated in my solar plexus.

A blackness, which I rolled out energetically (a technique I use with clients) and whilst I was doing it, my subconscious mind had already started forming the new energy to replace it: a set of two big, protective, caring hands coming down from the clouds, cupped and holding a pure, innocent, little me, who was dressed in pink.

She was being held and so when I was ready, I rolled that in.

Before we finished up though, I could also see the words ‘I am a victim’ in my 3rd eye and I know well enough now to take heed of those.

So I asked myself where I could feel that belief…same place, solar plexus.

But the image that came up for it was a witches hat on the ground with the witch withered underneath.

The energy felt cold, weak, fragile, sombre, green and black, with a light/medium weight so I began to roll that out too.

I could feel this had gone deep.

And lo and behold I had to take that energy out from not just my solar plexus, but my liver and breast (red and black colour, liver associates with anger as does the colour red), my heart (green and black colour) and green in my thymus, and all down my left arm (where I got the RSI previously and to me left side is feminine side and the past).

Once released, I breathed in the pink ray of light of unconditional love from Kwan Yin, all around my body, and at that point, something weird happened.

That inner child part of me, suddenly felt very mature, felt a very old soul, wise and very tall, stretching up much higher than me, very calm.

I have only ever had that once before – when I worked with my Highest Self accidentally in parts work, and it felt the same energy again.

It was like I had grown into my Highest Self, and the spiritual part of me suddenly felt the earthly part, honoured to be in the presence of my Highest Self and willing to trust it 100%, more connected and aware of my HS, as well listening to Spirit and the Angels, etc.

It was quite a surreal hour, but well worth me taking the time to do that process, releasing a lot of grief, shame and anger from different parts of me, and I have felt much more grounded and calm since.

I feel lighter and more connected to myself and my past.

This is why I love parts work, there is often so many insights, as well as us releasing beliefs, past life energy.

I couldn’t believe how much the ‘victim’ energy existed in my body. Urrgh, but it was so lovely to release it.

Luckily, I had a day of errands planned, so have been able to take my time, and process (probably will be for the next few days too!) and just be with myself.

There, that’s my day, along with posting Christmas cards. 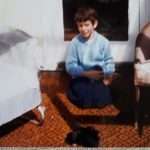 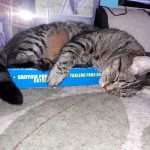 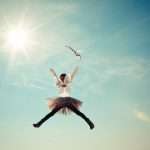 Do You Cherish Your Inner Child? 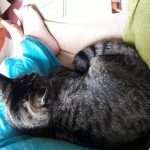